Tsubaki team at the Marathon Rotterdam 2019 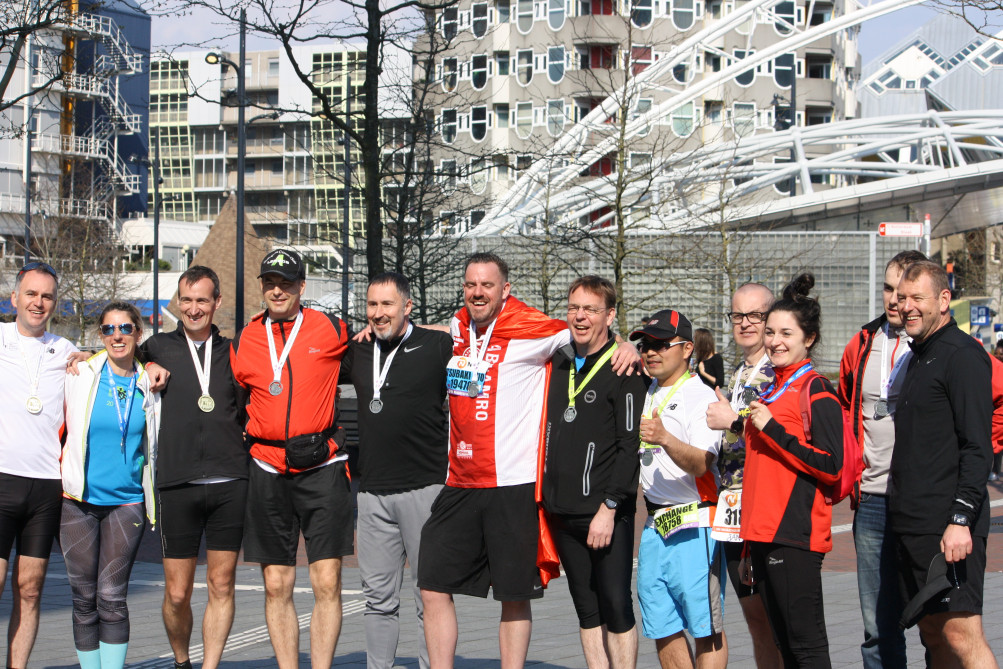 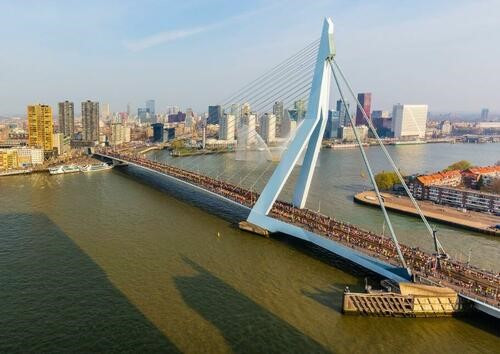 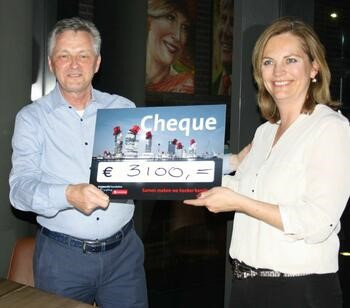 It was the 39th edition of the NN Marathon Rotterdam. The edition was sold out, 17.000 runners took part and that was the maximum number allowed. There was a cheerful atmosphere along the course with an estimated 950,000 spectators, who shouted the participants (from no less than 93 countries) to the finish.

Tsubaki was represented by 15 runners consisting of employees and distributors running the full, half, ¼ or business relay marathon. Tsubaki employees took care of the organization and support on this sunny sunday.

Many great time scores were made but there were also a few runners struggling with the temperature. The fastest run was by Olivier Desmet who run the full marathon in 2:56:52!

All runners were sponsored by Tsubaki and made Tsubaki proud by raising a donation amount of: €3.100. The cheque was presented to the Daniel den HoedFoundation (part of Erasmus MC Foundation), for cancer research.

Dimitar Stojkovski, Managing Director of Tehnoinvest, Macedonia ran the full marathon in an excellent time of 04:14:21 and commented afterwards:

What amazes me the most is the fact that whole Rotterdam was cheering us: 42km of supporters, music and party on both sides of the course kept the runners motivated from the beginning to the very end.